My father, Vincent, served in Britain’s Royal Air Force (RAF) from 1942 to 1947.  During WW2, the air cadets could not flight train in England as there was a risk of being shot down; therefore, many of the future pilots were sent for flight training in Canada and the United States.

My father is now 95 and is from Gloucester, a town in the pretty midlands of England.  While many assume that only London got bombed during the war, the truth is that many English towns were bombed, especially where there were industrial facilities such as munitions plants, airplane factories (or aeroplane in English-speak), and sea ports which were scattered all across the UK.  As a boy, my father was an airplane enthusiast, building and flying model airplanes until he was of age to enlist in the RAF.

Because war was still raging in Europe, he was sent to Miami, OK for flight training.  At the time, he was 20 years old and coming to the USA was a new experience for such a young man.  He arrived in Canada on the RMS Mauretania, which was one of the ocean liners converted to troop transports (taking US troops to Europe and bringing over RAF cadets to the USA).  A number of Ocean liners, among them, The Queen Mary and Queen Elizabeth were also pressed into service as these ships were fast enough to outrun Germany’s U-boats.  The crossing took about five days; and took the future airmen to Canada.  Once there, the cadets took trains and buses to reach their various training locations.

It is noteworthy that the airbase in Miami was established not as a US facility, but dedicated solely as a Royal Air Force training base.  While the flight instructors were American, ground school was taught by both British and American instructors.  The cadets were all British and learned to fly per the requirements of the RAF.  Once America entered the war in December 1941, there was a rush to get as many US pilots into service as possible; therefore, a few US service men started to attend the RAF training in Miami.  Some of them found it amusing that saluting, marching and other drills were different from what US training required.  The US military recognized their RAF training and American cadets were awarded their flying “Wings” from both the RAF and the US Army Air Corps.  In total, 117 US servicemen received their training during the war years (1941-45) in Miami.

Once in Miami, my father went through standard military and air-craft training.  This included physical fitness, firearms, ground school, lots of flying, navigation techniques, and target/gunnery practice.  The instructors were American pilots and the planes the cadets learned to fly were also American models.  Two of the planes used in Miami included the Fairchild PT-19 (the starter plane) and the North American AT-6 Texan (flown after mastering the PT-19).  The Texan was called the “Harvard” by British flyers.  Once back in England, the new pilots would move into Spitfires, Hurricanes, P-51 Mustangs (Britain had these as well), Typhoons, and bombers such as the Lancaster.   It is interesting to note that my father received his pilots’ “wings” before he had a driver’s license.

The young airmen, far from home, missed their families and were concerned about the ravages of war on their homeland.  Toward the end of the war, Britain was still being bombed, but more dangerous was the first intercontinental ballistic missile, the German V-2, many of which were launched from deep inside Germany to destroy locations across Britain (London seemed to get the most hits).  Many towns, long after the war ended, would have housing shortages due to so much destruction.

On weekends, the cadets were on their own time.  In a different country, and not knowing much about life in America, this is where Miami and the surrounding towns rose to the occasion, making all of them feel welcome.  Many were hosted to dinners and social events by families in the Miami area.  My father met many people from Oklahoma and a number close by in Kansas.  Throughout this time, many of the young cadets made life-long friendships and kept in touch with people long after the war ended in May 1945.  To this day, my father has very fond memories of the people in both Oklahoma and Kansas.

My father eventually emigrated to the United States in the ‘50s and became a US citizen in 1963.  He spent his life in the aviation industry and 20 years after finishing at Miami would still travel to Oklahoma and Kansas to continue the friendships made during 1944-45.  Fast forward to the 1980s and there was a “Flying School” reunion held in Miami, OK.  A number of the now older pilots traveled from the UK to attend.  The people of Miami still showed their tremendous generosity and again provided a warm welcome to “their” former cadets.  The reunions continued every 10 years with two held in London and the last one in Miami in the mid-90s (1995 I think).  Of course, with the passing of time, many of the cadets have passed on and many, if still alive, would find it difficult to travel so far in their 90s.

As with any military training, there will always be accidents.  And, there were a number of cadet pilots killed during some of the rigorous training routines.  At the Grand Army of the Republic Cemetery, in Miami, OK, there are 15 graves of British flyers that were killed in air accidents.

To this day, the Commonwealth War Graves Commission pays for the upkeep of the graves in Miami.  It is also heartening to know that G.A.R. Cemetery places British flags upon each grave every Memorial Day and other times throughout the year, as well as having their annual British Flyers Remembrance Ceremony each fall.

My father returned to England after training in Miami and continued to serve in the RAF until 1947.  He was stationed near Oxford, Theale (west of London) and London.  He later married Christine Fenner in 1949.  I was born in Gloucester in 1952 and emigrated with my parents to the USA.  I also became a US citizen in 1963.  Two more sons (my brothers) were born in Kansas.  My father continued to fly – his passion – until he retired at age 65.

My father is still relatively healthy at age 95 and today enjoys a quiet lifestyle.  At the end of the day, and through the ravages of war, many enduring friendships were made that have transcended time and distance.  From our family to the people of Miami, Oklahoma, and the surrounding areas, we thank you for your kindness and generosity in touching the lives of so many young men, my father among them. 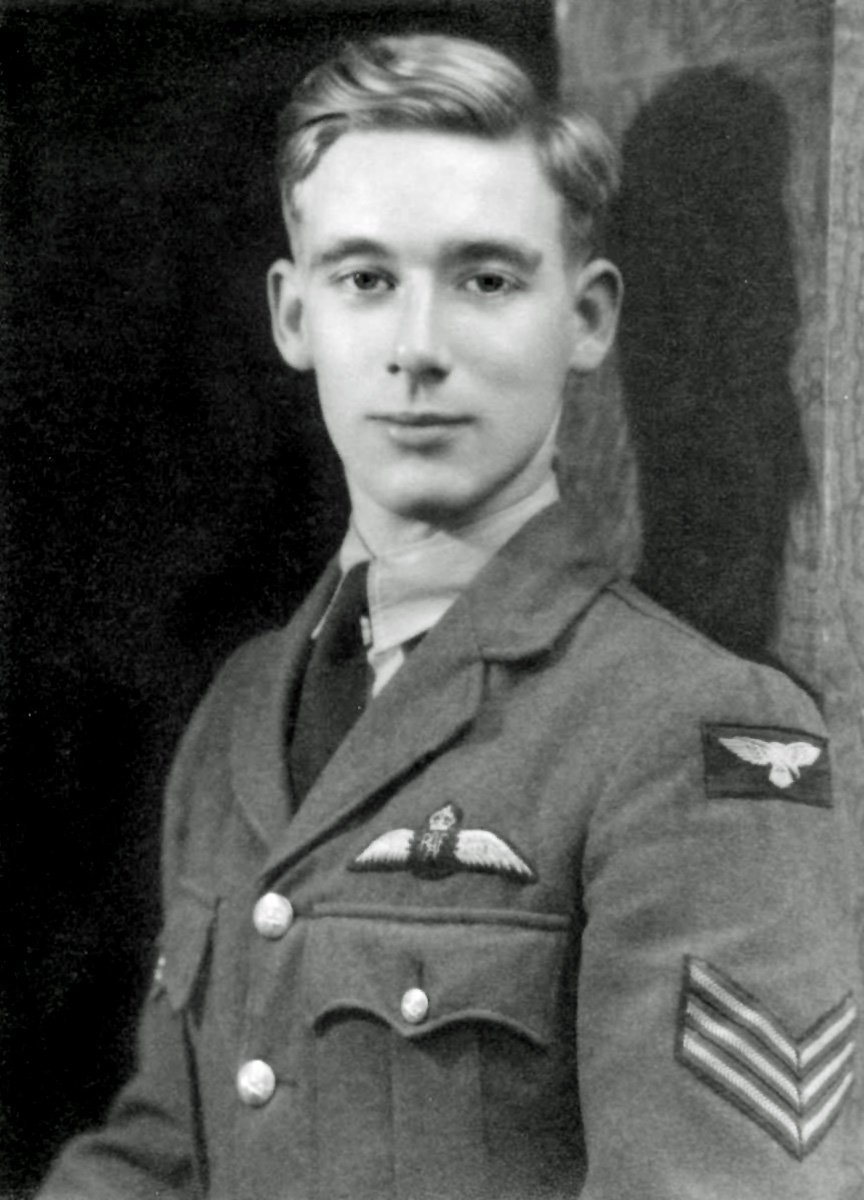 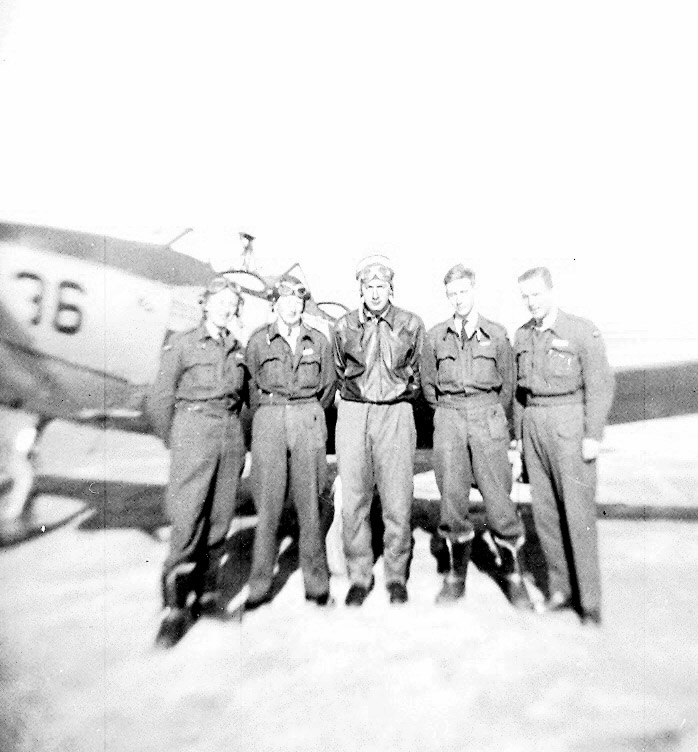 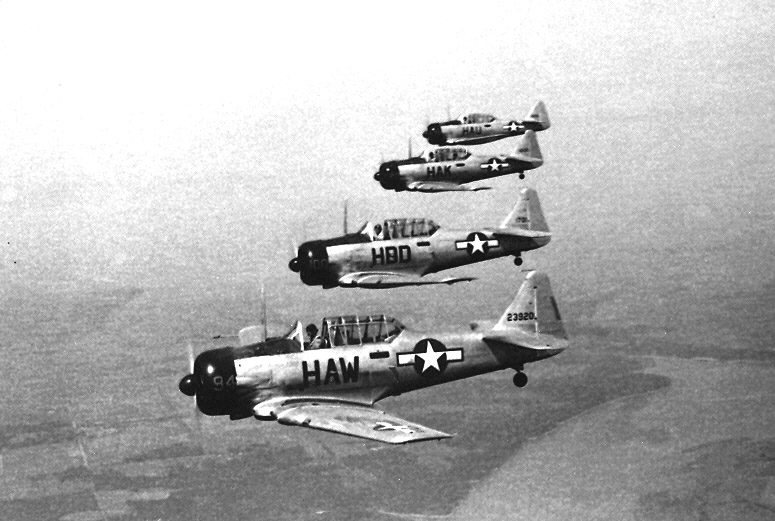 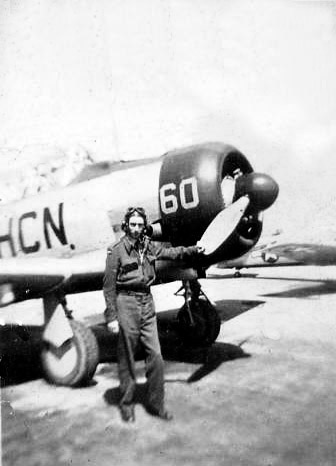 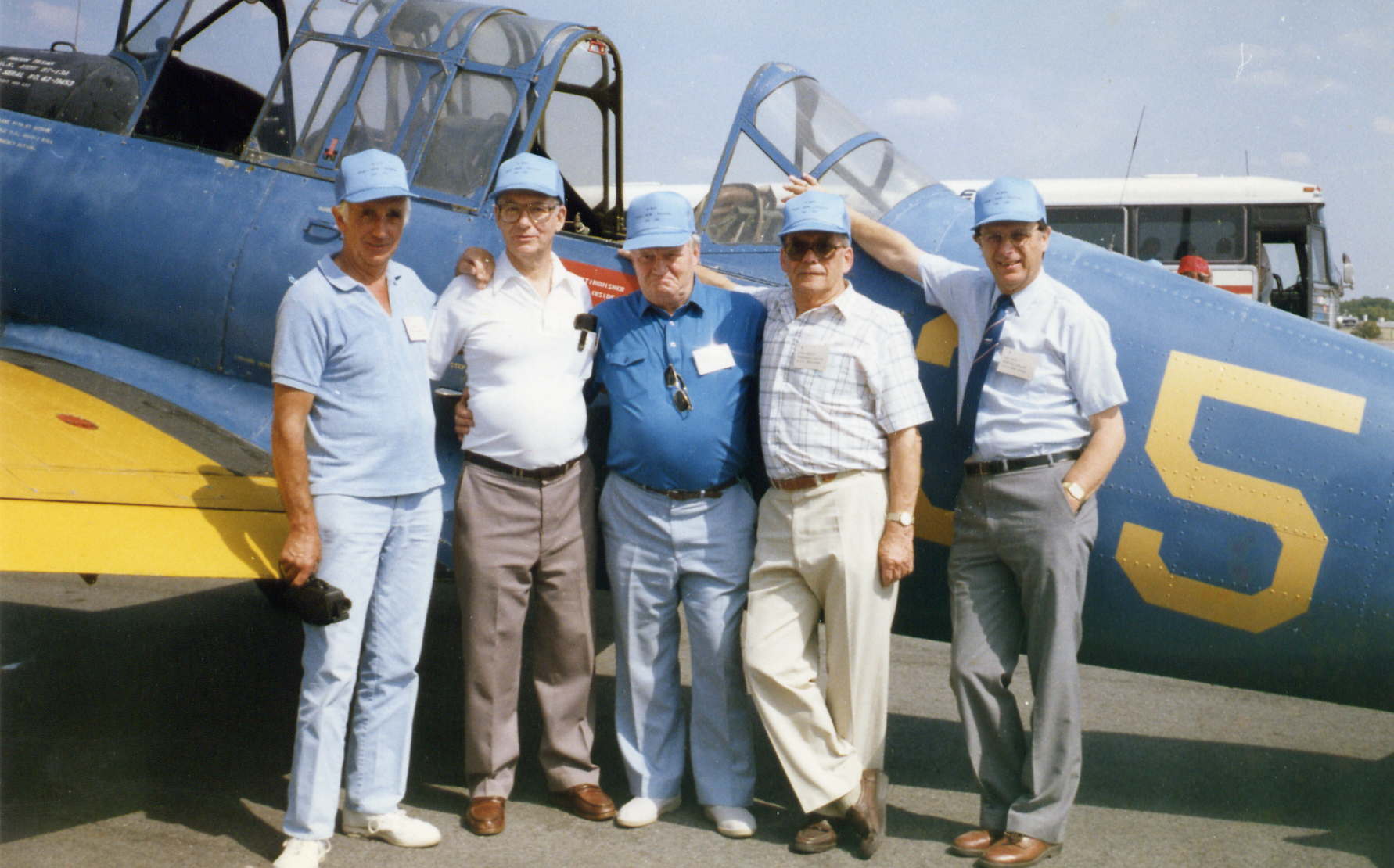 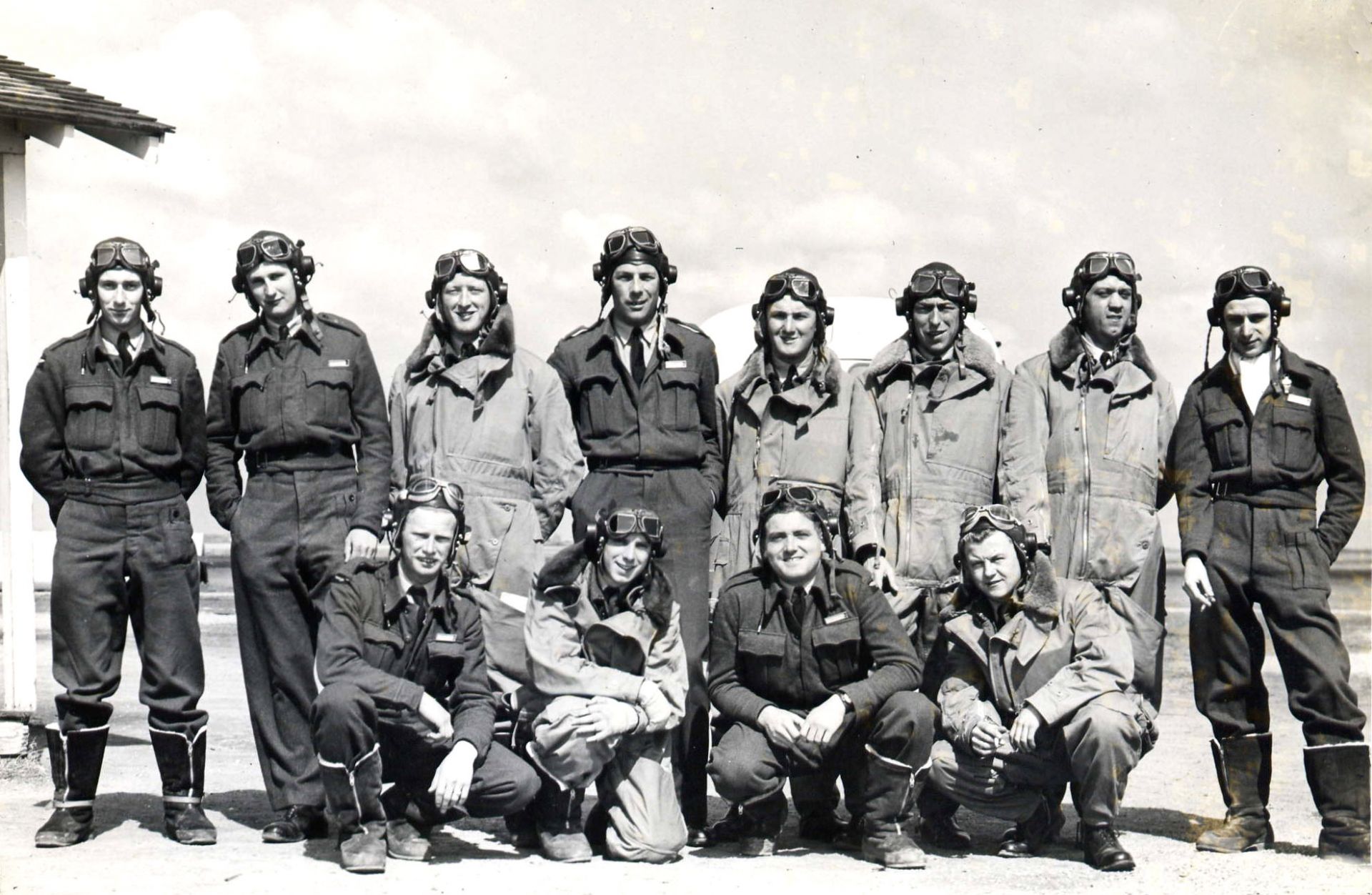 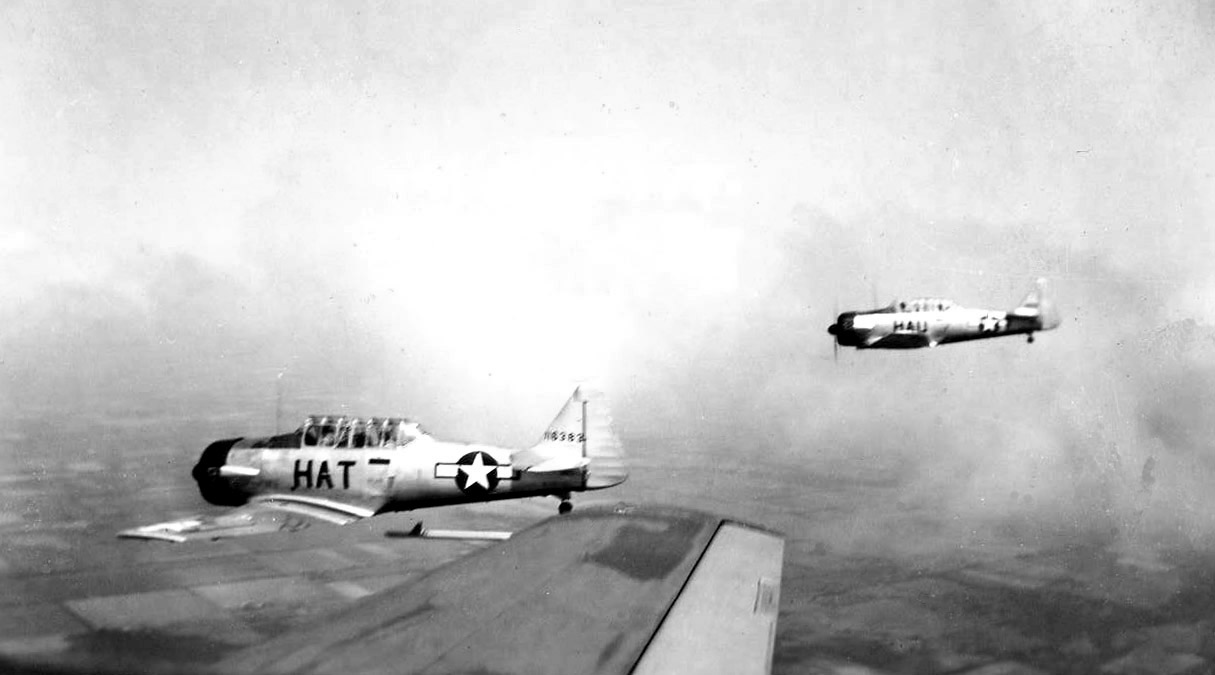 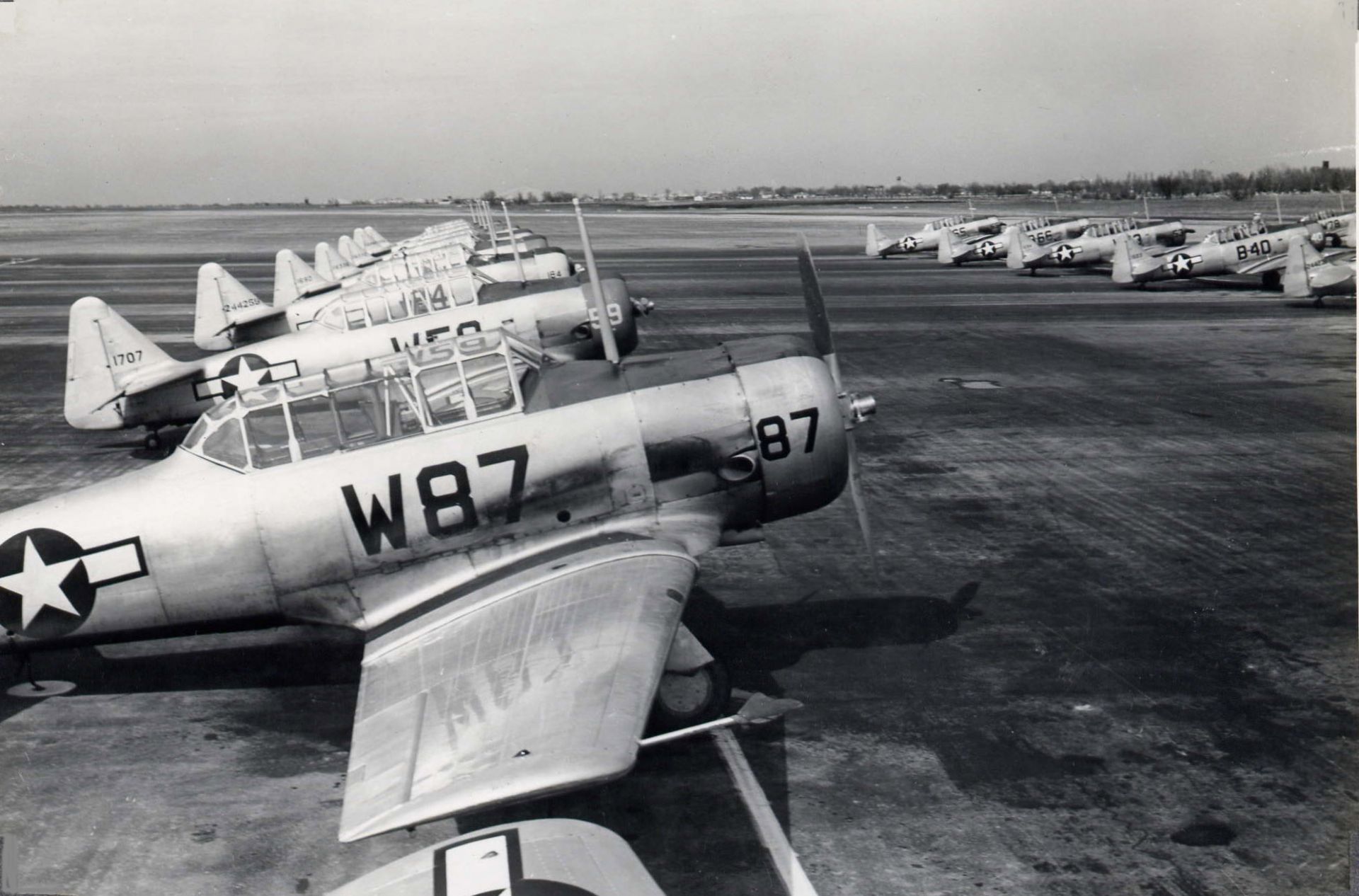 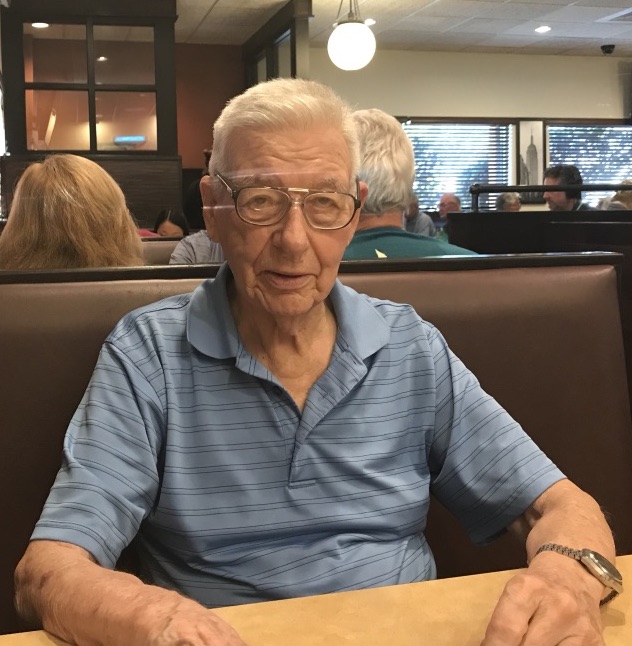 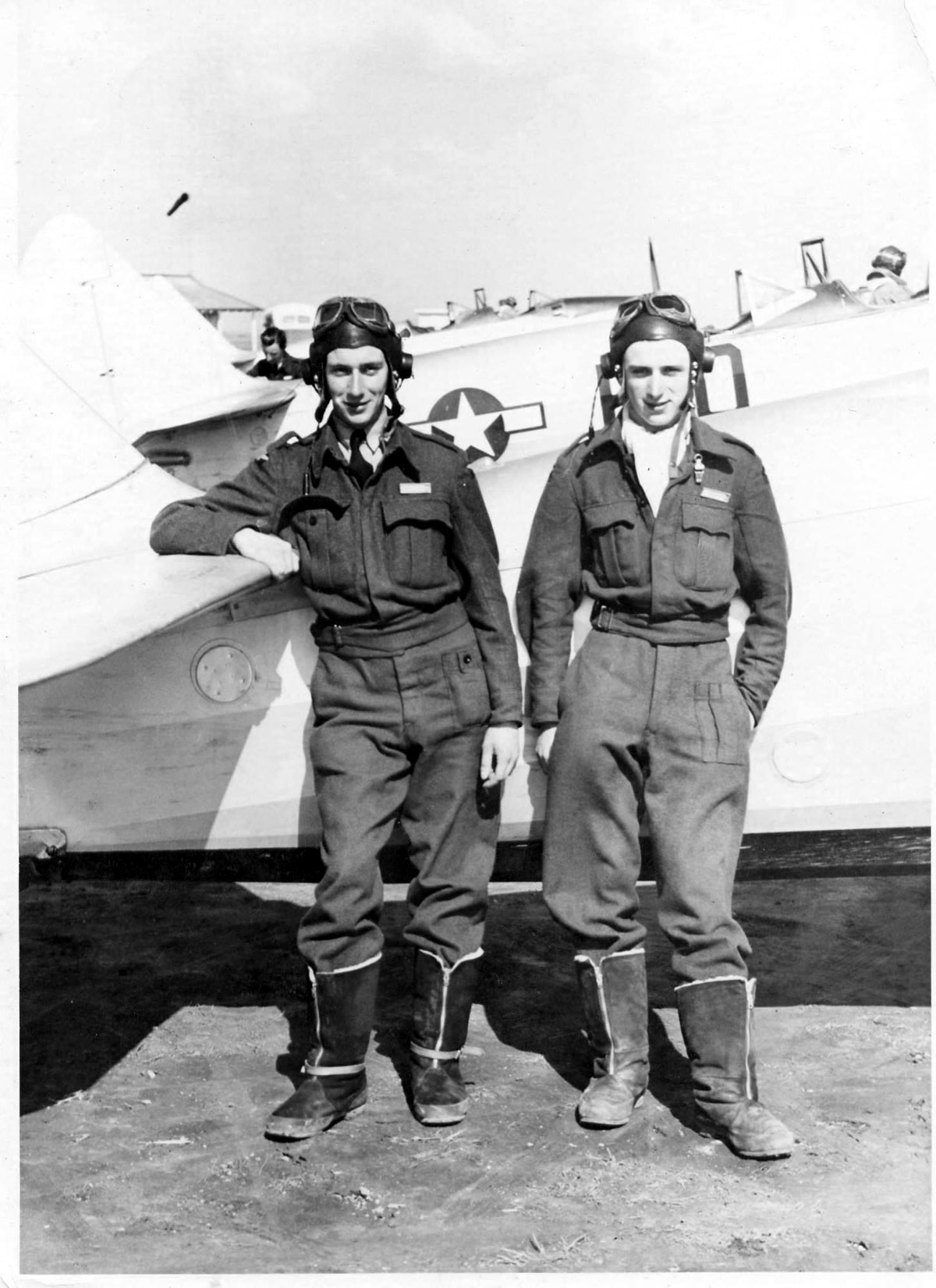 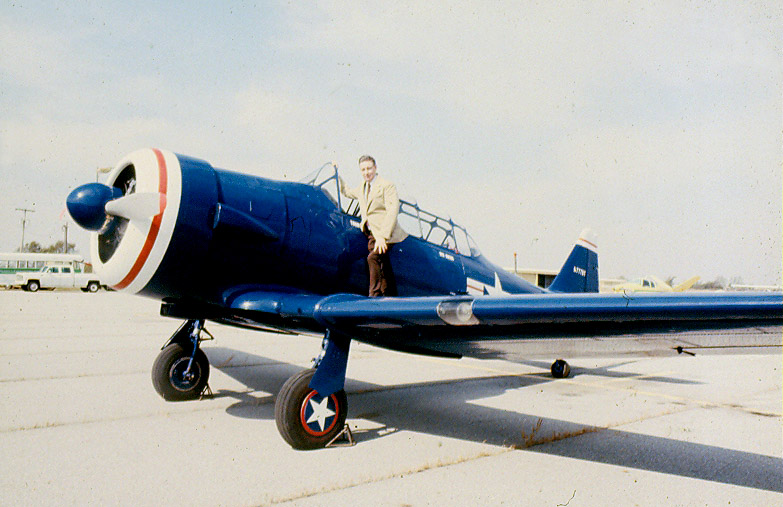 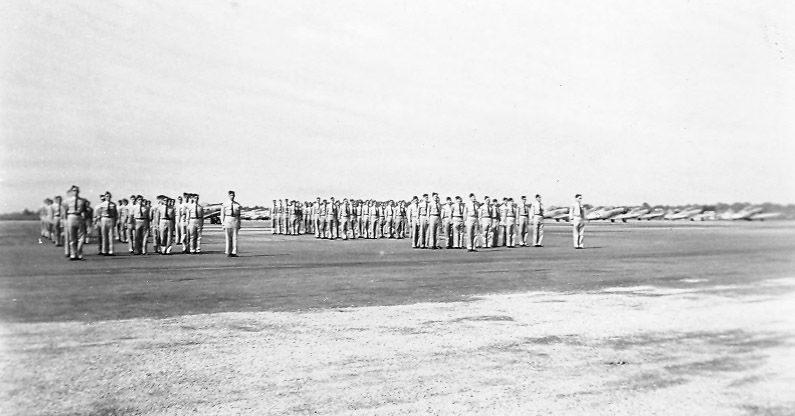