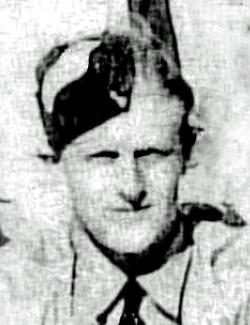 I received the DVDs of the British Flyers Remembrance Ceremony 2018 with great pleasure. My wife, Pat, and I have very fond memories of our visits to Miami (and of course my much earlier stay as a young trainee pilot). Pat took part in some of the graveside ceremonies.

I’m sorry for the delay in responding but the death of a contemporary of mine on the course prevented me from replying when I received the DVD originally. We hope to remain in touch with you all, although increasing age may make this more and more difficult.

Meanwhile, we’ll continue to re-watch the DVDs with nostalgia and some sadness. Thank you again.
With great respect and very best wishes,
Deryk

How we spent our green and salad days as young men training for the wings of battle, and the special role of Miami, Oklahoma!!

As I shall be 90 years of age on St Patrick’s Day 2014 (which I’m appalled to realize is next year) I have had to do some serious soul searching, given that it is a very long time since I was marched onto a troopship on the Liverpool Docks and told I was going to the USA!! To do my pilot training in a place named Miami! Not possible I thought, no swimming gear, what will Esther Williams think and I sunburn easily; my RAF companions expressed similar concerns as we steamed towards Canada!

After a brief stay in Moncton, New Brunswick, to get new uniforms in USAAC style we boarded a train which took us on the long journey towards the United States. Our first stop was Chicago, with our first glimpse of tall buildings, then onward to Oklahoma, not Miami, Florida as we had expected. The train stopped at the end of Main Street, Miami, we were greeted and then bussed to the Spartan airfield which was not far from the end of the town as was in those days, flanked by fields. One of the big changes for me, on recent visits, is that there are now buildings and businesses between the City and the airfield, which was our home for many months of flying training.

But I’m getting ahead of my purpose in writing which is to tell the reader how much the City of Miami and its people made an impact on us, and the knowledge that the graves of the young RAF flight cadets will continue to be cared for into the future. The gravestones were initially laid flat but later the GAR cemetery team with the direction of the British Commonwealth service raised them up to the vertical position. The 3 BFTS Association which I chaired for many years, also added a flag pole memorial in the vicinity of the graves largely with George Meyer’s drive and support, which was greatly appreciated by our membership. But special mention has to be made of the gravestone which we had made and placed with the line of RAF tombstones, especially as our mark of respect, devoted to Mrs. F.M. (Frantie) Hill who cared for the graves for many years. This tender and caring chore was taken over by the ladies of the Miami Garden Club, to this day, and especially by those remaining relatives. That these graves are still the centerpiece of the annual Memorial Parade which is arranged so well by the team at the GAR Cemetery, and includes people not only from Miami, but from Tulsa (the Pipes and Drum Corps providing a colourful, military, backdrop to a sombre affair) We who are still around, here in Britain are profoundly grateful to the people of Miami and to the team at the GAR Cemetery for arranging and supporting the annual Memorial Ceremony; we thank you with all our hearts.

Thank you for acceptance of my offer; it was not my intention to write a speech but rather to add a few bits of information about my view of Miami in those war years, which would give the chosen speaker a better understanding of those days. I was one of the many RAF cadets who underwent pilot training at Number 3 British Flying Training School (BFTS), how this all came about is described in Paula Denson’s excellent book ” The Royal Air Force in Oklahoma” Over 1,000 young men passed through here in WW2, because ab initio training was impossible in Britain – bad weather, Luftwaffe operations and crowded airspace made this hazardous. In common with many other young airmen we crossed the Atlantic in a troopship, spending a few weeks at an RCAF station in New Brunswick, kitted out in US type uniforms and entrained for the USA destination- Miami – no not the seaboard state in ,Florida, but Oklahoma!!

After long journey via Chicago, the train pulled up at the end of Main Street, Miami. Okla. and off we went to the Camp, which was close to the City of Miami, mainly open fields between the end of main Street and the Camp gate, then to our barracks, two tier bunks, communal washroom, and a short walk to the mess hall, and another surprise!!! The food!! Breakfast was great, eggs I’ll be bound; and other strange American delicacies, which these young Brits with healthy appetites devoured!!

Duty called and we were divided into two groups, one of which flew for half the day, the other did ground school; change the next day!
In primary stage we flew the Fairchild PT 19, graduating to the AT6 after a set number of hours and a spell of leave spent visiting the USA Then those still on the course found life and work becoming more taxing, we were allowed off camp on Wednesday evening and we had the whole weekend off to carouse – difficult in a dry State so off to Joplin. There was an excellent USO type of haven in Main Street loaned by the Dobson family, and several kind ladies dished out coffee and Coke – one sewed on my wings after I had graduated.

Personalities? For the RAF cadets – Wing Commander Alan Roxborough was God!! An experienced aviator, his word was law! He and his wife had a house in Miami. The Spartan Director was Tony Ming, the Chief Flying Instructor changed several times over the years as did the man overseeing our ground studies. Jack Cook oversaw flying control from the Tower, the Link Trainer guys ran the sweat boxes, among them the well-built Bob Shortess whose wife worked in the Camp office. They came to England and stayed with us some years ago. In the years that as trainee pilots we met and mingled with Miamians we were always befriended most warmly and when it was all over and the boys became men with families, there was pressure for a resumption of contact with those who had been so friendly to those bewildered young men (boys actually) who came among the Okies to learn how to fly in combat and die!!

When most of us had retired, there was a strong urge to make a return visit to Miami and renew contact with citizens; George Meyer and Keith Leigh set up a visit to Miami, a successful gathering which was returned in London. But since it was too much to expect the same people to lay it all on again an Association was formed which, with a small committee, took up the challenge of visiting the many friends we had in Miami and the USA. This group of committee men arranged visits to the USA – mainly Miami- over some 20 years and I was privileged to Chair the team for this time – a very pleasant duty. Alas, as time was snapping at our heals, bones creaked so with great sadness we disbanded last year. One of the great joys of my long life has been the association and my wife and British friends have enjoyed with Miami and its citizens. Many thanks my friends, and God bless you all!!